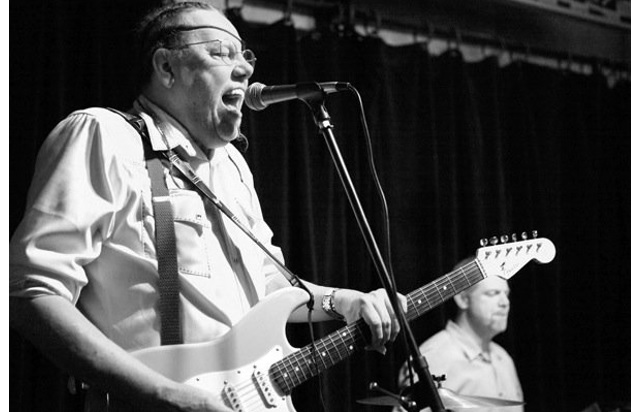 I started writing this over two years ago.  I just discovered it sitting around, under “drafts” and took a look.  It was originally titled “John Fuckin’ Harrelson,” but reading it over, it’s about all the people I’d recently lost.

John was way too young to die.  62, I think, but his health was taking a serious turn for the worse for the last year or so of his life.  I remember turning to my wife in January, 2013 and telling her I didn’t think John would see out the year.  I really wish I’d been wrong about that.  I was with him the day before he died, and he was in such bad shape that when I got the news the next day, I was mostly just happy for him that his struggles were over.  Eventually the tears came of course, but I really was happy to know he was done suffering.  When I got the call, I knew what had happened before I answered the phone.

Something very similar to that happened when Jerome died.  The call was a blocked number, which meant either Jerome or my parents.  Jerome’s mother, Bette, said my name and I instantly knew he was dead.  Her next sentence confirmed it.  I wasn’t surprised by the news either, though I was certainly diminished by it.  I can’t remember his birthday now, but he was either 49 or 50.

I found out Dwayne died via a Facebook message from his wife.  They lived in Hong Kong, and she didn’t have my phone number or email address, so that’s how she had to get in touch with me.  Dwayne had been diabetic since high school but other than that, and smoking too much, he seemed to be in good health.  I guess he woke up shortly after midnight, gasping for air, and was dead before morning.  Apparently he had a heart attack.  He was my age.  I spoke at his funeral and reconnected with and/or met all five of his children.  That day kicked me in the heart.

Christmas of 2012, I ran into an old boss of mine named James.  James and I parted ways in 1995 on seriously ugly terms.  In hindsight, neither of us was a very good person to the other.  When I ran into him that last time, he was with his son.  They were walking through the Claremont Village and James was telling him about the old days of The Comic Room.   He invited me to have lunch with him, which just surprised the hell out of me.  Something was noticeably different about him.  None of the bad blood that had existed between us for over a decade was there anymore.  It was just gone.  He gave me his business card and I took it with every intention of calling him and going to lunch with him and, I don’t know, putting the bullshit to rest, I guess.  Then the winter quarter started and I was taking sixteen units, and then it ended and spring quarter began and before you know it, the academic year had ended.  And then I heard that James had died.  No one I talked to had any idea what he’d died from, just that he’d died.  I don’t even know how old he was.

Getting back to John.  John was an excellent friend, and though I was never a student of his, he was something of a mentor to me.  At the start of his last decline, I wrote a bunch of poems about him, one of which was pretty damn good, I think.  I think maybe I’ll post it here soon.  Anyway, I printed a copy of it and took it to the rehab facility he spent his last days in.  I was going to read it to him, but he was really having a bad day.  Then his mom showed up, and some other things got in the way, and I decided I’d read it to him later.  He died the next day.

I’m pretty sure he’d have liked what I wrote.  Maybe not.  I should have read it to him.  I really hope that in the future, I’ll remember the pain of having waited.

These are the only two truths about our time here on earth that matter:

Never wait for the things you want, because tomorrow you’ll be dead.