I’ve been altering family circus comics off and on for about 20 years now. I remember doing it with whiteout, paste, scissors, and a marker. Thank God for Photoshop, I’d never dedicate that kind of effort to it now. Apparently at some point in the past, I decided to remove all of my previous efforts from the second version of this site, which is kind of a drag because that very likely means they’re permanently lost. Not quite the same thing as losing a Picasso, I suppose. Anyway I haven’t done this for a few years, but last night I had a dream with the following line of dialog and immediately knew what I should do with it: 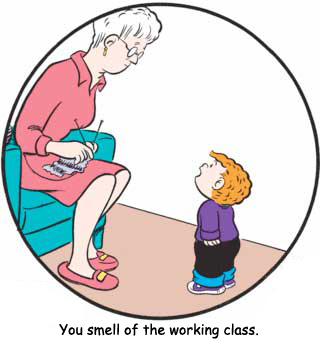 Fuck you, it makes me laugh. While searching for the above image, I found this, and another idea slowly formed: 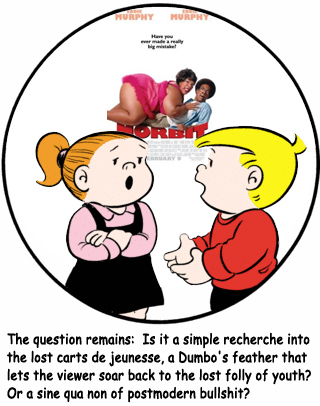 Which actually makes me laugh quite a bit. I should point out that it requires virtually no talent to make fun of Family Circus and/or Bil Keane. Most of the images don’t even have dialog, which means all you need to do to come up with a cheap laugh is to think of something horrible and/or adult for the innocent little children to say. That’s why, if you do a Google image search for “family circus”, you’ll find hundreds of these. The difference between a good Family Circus parody and a bad Family Circus parody is really just a matter of putting forth a little effort. I don’t say that to distinguish myself from the hundreds of other people doing the same thing as me…most of mine are crap. No, I’m simply saying that as an introduction to this: 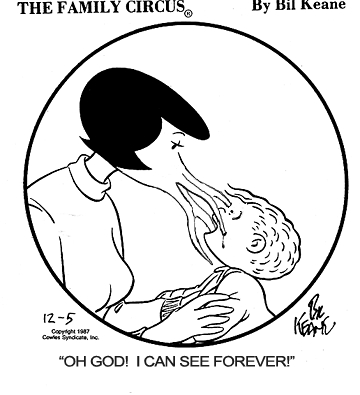 This is funny all on its own (if you share my sense of humor, anyway) but if you’ve read any H.P. Lovecraft, it’s fucking hysterical.  I have no idea who did this and I’m way too lazy to find out.  The first time I saw this – which was years ago – I laughed so hard I actually teared up a bit.  I’m so fucking jealous this isn’t mine I can’t stand it.  Anyway, I thought I’d include the funniest Family Circus parody of all time as long as I was gonna post mine.  Hope it amuses you as much as it does me.